More Powerful Than A King 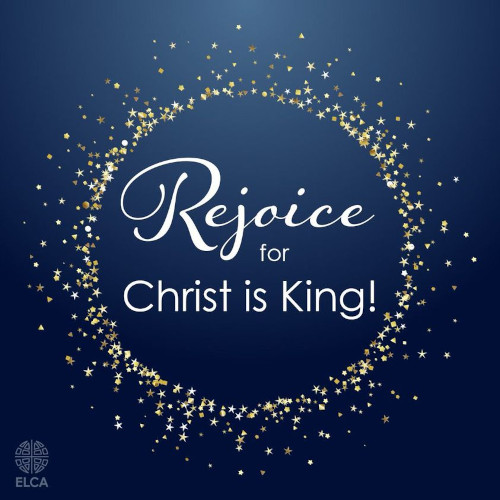 Thanksgiving, and the entrance into the Advent and Christmas season (starting next week already!) can be full of joy, but it can also be a lonely and challenging time for many.

Some years ago, when a woman named Wanda Dench was trying to reach her grandson, to invite him to Thanksgiving at her house, she accidentally texted a stranger named Jamal Hinton instead. When the truth of what had happened became clear to Wanda and Jamal, and it furthermore became clear that Jamal had no place to go or be on Thanksgiving, they agreed that Jamal should join Wanda and her husband Lonnie for the home-cooked meal being prepared. Six years later, their tradition of gathering together on Thanksgiving is still going strong.

Truth, alongside a little courage and healthy risk-taking set the stage for these strangers to build new relationships and a new tradition that has deepened their respective lives. Truth.

In the eighth chapter of the gospel of John we hear that when we abide - hang out - with Jesus, we will be disciples and know the truth and that the truth will see us free. Truth such as humanity needing community, and God desiring to break down barriers that separate us from each other. Today, in our reading from the Gospel of John the eighteenth chapter we encounter Pontius Pilate – the Roman governor who presides at Jesus’ trial, and who wants to pin down who this Jesus is according to worldly terms and the hierarchal and oppressive Roman governance system of which Pilate is a part.

And then Jesus redirects the attention to the real matter at hand. Not whether he is a king of this world, but that Jesus has come to testify to the truth. The truth of God’s in breaking reign here on this earth, just as it is in heaven. The truth that Jesus is God come down as a human so that when Jesus dies on the cross and is resurrected from the grave, we too, will have the capacity for new life and resurrection. Even the capacity to turn misunderstandings by text message into happy opportunities with new friends at a time of year that can be lonely.

Jesus lays the truth at Pilate’s feet; the truth of who Jesus is and the truth of God’s loving intent for humanity and the world, but Pilate just doesn’t get it. Presented with the Jesus and the truth, Pilate will go on, just after the part of the text we heard today, to ask Jesus, “what is truth?” Pilate just doesn’t get it. Sadly, like so much of the world still today, caught up in power-plays and party-lines and preserving the status quo, Pilate can’t see the truth that is right in front of his face, instead obsessed with the things that don’t matter. What really matters? What is true and truth?

Truth…has come down in the incarnated, crucified, and risen Jesus. And this changes everything. For truth – at least the kind of truth spoken of and embodied by Jesus – is stronger than any king or worldly ruler. Nations will rise and fall, the ages will pass one after another, but still God’s inbreaking love that desires to reconcile and redeem this world will remain.

“The Lord will guide you continually, and satisfy your needs in parched places, and make your bones strong,” we hear in Isaiah. And furthermore, “you shall be like a watered garden, like a spring of water, whose waters never fail. Your ancient ruins shall be rebuilt…” And then we hear the portion of this text from Isaiah that the Stewardship Team has been sharing with us these past weeks:

You shall raise up the foundations of many generations; you shall be called the repairer of the breach, the restorer of streets to live in. -- Isaiah 58:12

You see, when truth gets in the mix of things, deepness stirs and begins to change everything around it, including us. And as Christians we believe that the deepest truth has been revealed in Christ, who came among us so that all that does not serve God and community and world – the pettiness and the judgement, the selfishness and the greed – might be trimmed off by the Truth. And in its place by the grace of God, we might participate in raising up future generations and restoring communities and the dignity of individuals living around and with us.

So, as we enter these holiday times, full of joy but also sometimes loneliness and struggle; as we walk through our days full of challenges but hopefully also full of opportunities for building that which is true and real and right, we walk not alone, but in the arms of Christ and community; in the arms of a God whose love might even make a new tradition out of an unexpected and unintentional text message. Amen.